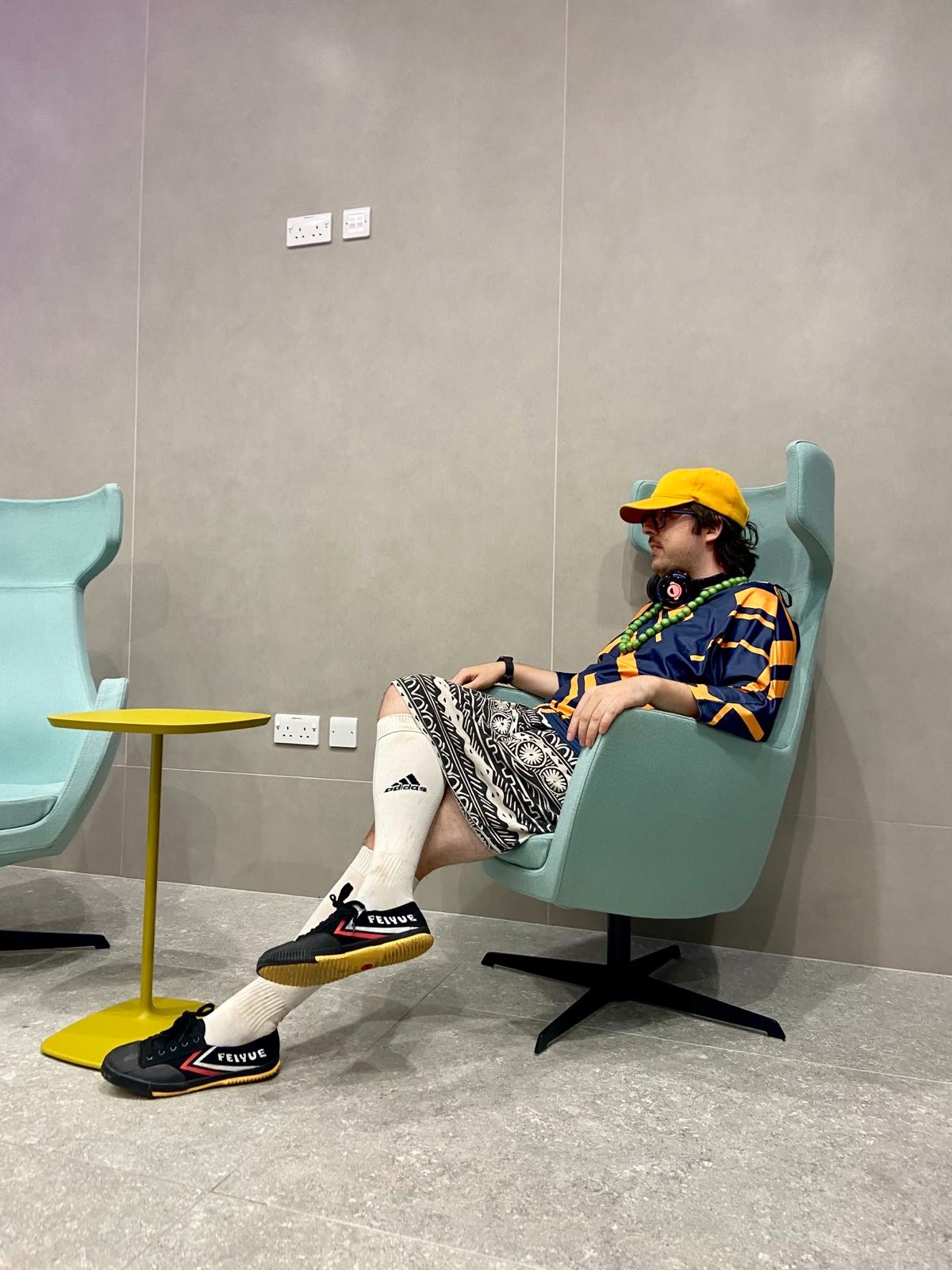 Took me long enough. Things are going really well right now. I’m currently DJing with my two collectives Selextorhood and Energy Flow. I’ve been DJing pretty much every weekend at festivals, local nights and live streams. Wildest one was for the Common(stolen)wealth games on a huge stage in the city centre. The other was at a hacker festival called EMF Camp (pictured).

I’m also working on a film called Dorothy Towers with my best friend about some social housing blocks in Birmingham where lots of queer people lived/live. I composed all the music and am now also dragged into doing producer work getting the live performances together, hiring backline and sound engineers, liaising with the venue etc. A couple of weeks of rehearsals to go and then the performance which is a live score along to the film.

Phew, and as if that wasn’t enough, I’m producing my own music which is ofc weird electronic sometimes ambient shit and then a side hustle as a hip hop producer working with some up and coming talent in my city.

If that sounds like a lot, it is😅 I also have a day job. It’s a grind but things are going super well right now 💕

Dates for your diary

Saturday 3rd September – Selextorhood a the Mill in Birmingham. I’m not playing but I’m going.